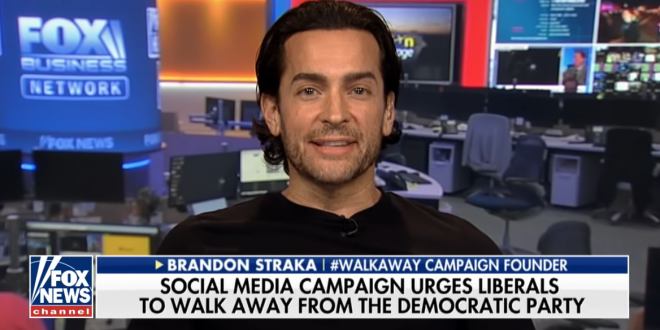 Homocon Trump cultist Brandon Straka made national news last month when he caused a scene on an American Airlines flight after refusing to wear a mask.

Straka was escorted off the plane to the applause of fellow passengers and was subsequently put on the airline’s “no fly” list for an indefinite period.

Continuing his losing streak, Straka has now lost his lawsuit against the New York City LGBT Community Center for canceling one of his stupid “Walk Away” events.

This Court believes that a “reasonable reader” would be likely to derive two things from the cancellation notice: 1) the information that the LGBTCC had cancelled the #WalkAway event; and 2) the LGBTCC’s reason for doing so—i.e., that it considered that #WalkAway’s mission and methods were incompatible with its own.

This Court does not believe that a “reasonable reader” would likely understand the cancellation notice to convey any particular negative facts about #Walkaway, since it simply does not contain any.

Straka had sued on the grounds of “cyberbullying, defamation, discrimination, and breach of contract claims.” The full ruling is rather enjoyable.