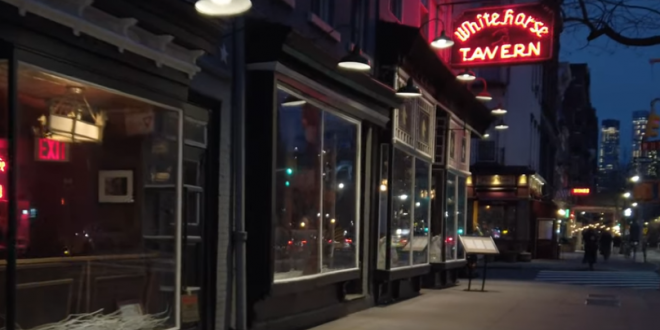 The historic White Horse Tavern in Greenwich Village has shut down after having its liquor license suspended this week for repeatedly violating NYC’s social distancing rules over the last month, according to the State Liquor Authority (SLA). It is the first bar or restaurant to see its liquor license suspended for such violations since outdoor dining restarted in Phase 2, which the city entered on June 22nd.

The SLA issued the emergency suspension on July 8th after several alleged incidents which they documented in a release. The bar has been hit with thirty violations altogether, including “multiple counts of failure to comply with Governor Cuomo’s Executive Orders concerning COVID-19 restaurant restrictions, operating an unauthorized outdoor bar and failure to supervise the licensed premises.”