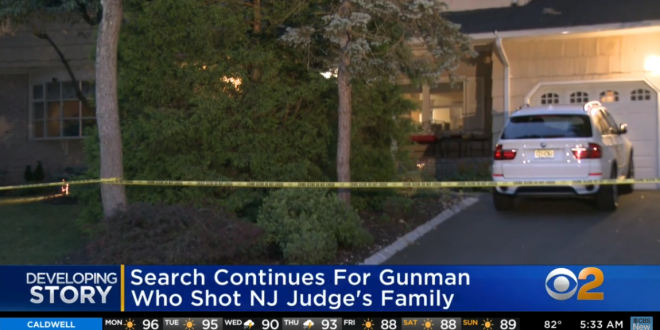 The son of a federal judge in Newark, New Jersey, has been shot and killed, and her husband shot and injured in an attack at the family’s home, according to law enforcement sources. The judge, Esther Salas, was not hurt.

The judge’s son opened the door to the family’s North Brunswick home at about 5 p.m. Sunday and was immediately shot, sources said. The judge’s husband was then shot multiple times, according to sources.

A suspect “remains at-large,” a law enforcement official said. Investigators have preliminary information that the shootings were carried out by someone dressed as a FedEx driver, according to multiple law enforcement sources.

Salas, seated in Newark, was nominated by President Barack Obama and confirmed in 2011. Prior to that she served as a U.S. Magistrate Judge in New Jersey, after working as an assistant public defender for several years.

More recently, Salas has presided over an ongoing lawsuit brought by Deutsche Bank investors who claim the company made false and misleading statements about its anti-money laundering policies and failed to monitor “high-risk” customers including convicted sex offender Jeffrey Epstein.

Terrible tragedy – and Judge Salas was assigned the civil case suing DEUTSCHE BANK over relations to JEFFREY EPSTEIN only four days ago. 😳🔥 https://t.co/fh2mGPNROS