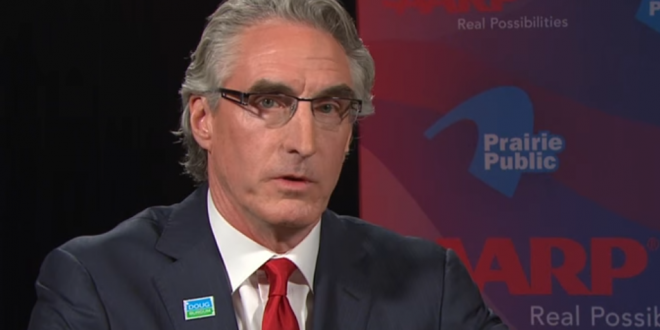 North Dakota’s Republican governor on Thursday blasted an anti-LGBTQ resolution that was passed by hundreds of his party’s delegates, calling it insulting and divisive.

The resolution — one of dozens of party policy statements in a passed by this spring by mail-in ballot — states that many “LGBT practices are unhealthy and dangerous, sometimes endangering or shortening life and sometimes infecting society at large.”

Gov. Doug Burgum issued a statement Thursday denouncing the resolution. “As I’ve long said, all North Dakotans deserve to be treated equally and live free of discrimination,” Burgum said. “There’s no place for the hurtful and divisive rhetoric in the NDGOP resolutions.”

A top North Dakota Republican official has apologized for a series of anti-LGBT statements that delegates approved as a part of the state party’s official extended policy platform.

House Minority Leader Josh Boschee, D-Fargo, said the resolution’s rhetoric is hurtful and disturbing to him as a gay man living in the state. He further contended that the anti-LGBT language gives the state a bad look.