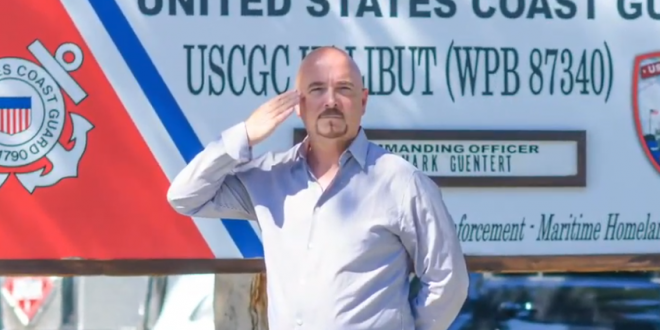 “There’s a lot of suspicion, and I think there’s a lot of truth to this, that they had a lot of the – when you put in the new homes you have the meters that go in there – these meters were set off by a lucid ray beam that blew up these meters in the start of the Paradise fire, which took so many lives.

“So is it planned? I don’t want to go down that rabbit hole, but I can tell you there’s a lot of questions that need to be answered now. And they’ve been doing it primarily, these natural disasters, is primarily to grab more federal funds because they know that federal, the feds will bail us out.

“And hopefully with that, some of the other nefarious characters will be taken out as well.” – Republican US House candidate James Bradley, speaking on the YouTube show of leading QAnon nutbag Amy Vandersteel.

Bradley is running to unseat Rep. Ted Lieu and has been “proudly endorsed” by the California Republican Party.

The wildfire discussed on the show was 2018’s deadly Camp Fire, which killed 85 people in Paradise and nearby towns and forced the bankruptcy of PG&E, who later accepted responsibility that their faulty equipment had sparked the blaze, which was that year’s most costly natural disaster in the world in terms of “insured losses.”

But there’s this from a 2018 Daily Beast report:

Some corners of the right-wing internet are already cooking up a conspiracy theory to explain the fires in California: airborne laser attacks meant to clear the way for high-speed rail.

Videos promoting the conspiracy theory have earned hundreds of thousands of views on sites including YouTube and Twitter since the fires started. The laser-fire believers have even borrowed rhetoric from 9/11 truthers.