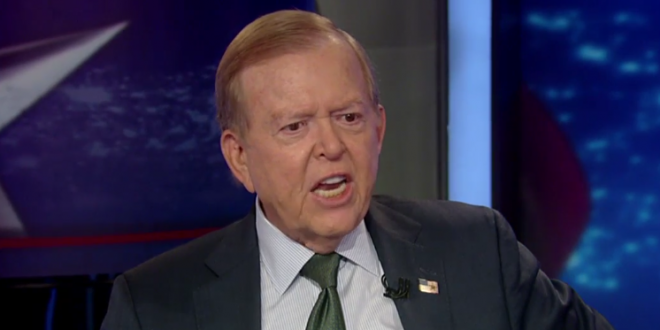 An apology on Twitter but not on his show:

On his Fox Business show Thursday, Lou Dobbs railed against several Fortune 500 companies for donating a lot of money to Black Lives Matter.

“They are subsidizing a Marxist-inspired organization,” Dobbs said. “And for what reason I have no idea.” The companies mentioned above did not actually give that money to Black lives Matter.

We would like to acknowledge mistakes that were made during last night’s broadcast. We reported that Bank of America, PepsiCo, Walmart, Apple & Comcast were pledging money to Black Lives Matter.

The large amounts of money were not for Black Lives Matter but rather pledges of investments to address economic and racial inequality. We apologize to each of these companies for our mistake and we apologize to you for the error.

Bank of America has pledged to give Marxist Black Lives Matter ONE BILLION DOLLARS.

Every conservative customer MUST CLOSE THEIR ACCOUNTS.