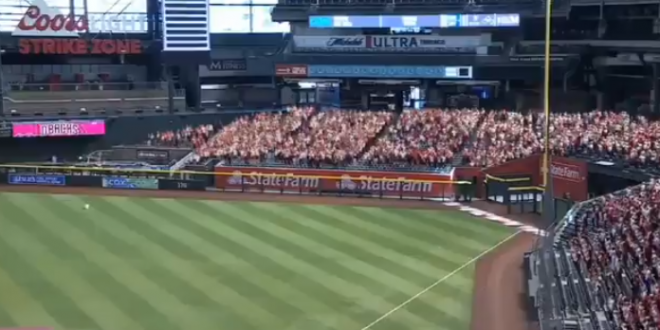 Fox will be taking viewers out to the ballgame by adding a virtual crowd in parks during its baseball telecasts this season.

The network revealed on Thursday that it will include computer-generated fans in the stands beginning with their three games on Saturday. Fox begins its coverage with Milwaukee at the Chicago Cubs, followed by San Francisco at Los Angeles Dodgers, and concluding with the New York Yankees at Washington.

Judging how fan opinions about crowd noise being added to baseball games have been mixed, Fox may draw some jeers for adding fans to empty ballparks. But Fox Sports vice president Brad Zager, who oversees live event productions and operations, is hoping that people give it a chance before making a definitive opinion.

Fox hopes the use of augmented reality will make the viewers feel as though the telecast is as normal as possible, per @nypost.