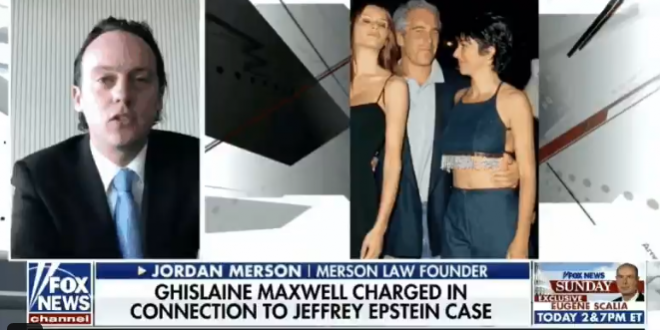 Fox News apologized Monday for what it said was a mistake in cropping President Trump out of a photo with Jeffrey Epstein and Ghislaine Maxwell, who is accused of helping Epstein recruit girls he then sexually abused.

The photo, which was shown Sunday evening on Fox News, showed Epstein, Maxwell and Melania Trump but not the president. The photo was taken in 2000, before Melania Trump was married to President Trump.

A Fox News spokesperson said in a statement that the report on Maxwell “during Fox News Channel’s ‘America’s News HQ’ mistakenly eliminated President Donald Trump from a photo alongside then-Melania Knauss, Jeffrey Epstein and Maxwell.”