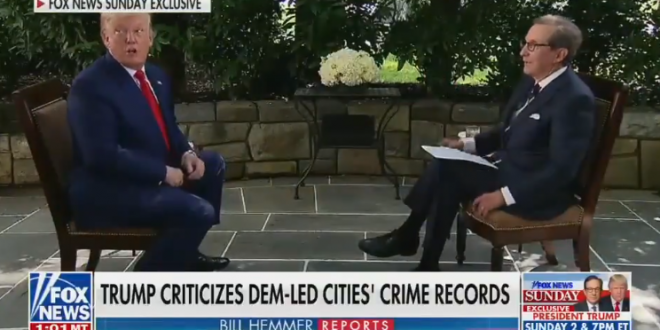 Two days in row that a Fox host has done this:

“Sir, he does not,” Wallace interjected. “Oh really? It says abolish, it says defund. Let’s go. Get me the charter, please,” Trump said, turning to staff off camera.

Watch the clip. As usual, it looks like Trump has no idea what’s in the Biden/Sanders pact and is relying on what his sycophants have told him.

Oh Lord, Trump gets momentarily drawn out of the toady/yes-man bubble by Fox News of all places and lord it got weird. pic.twitter.com/1XiBCosMmH