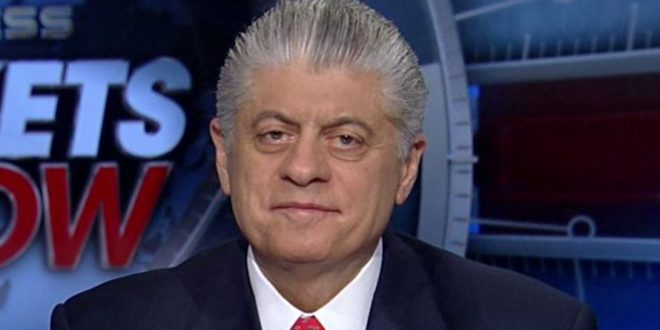 Fox Analyst: Today Was A “Defeat For The President”

Fox News judicial analyst Andrew Napolitano reacted to the Supreme Court’s decision on Donald Trump’s tax returns by pronouncing their verdict “a defeat for the president.”

As he continued to outline the case’s legal implications for Trump’s presidential immunity, Napolitano eventually summarized “this is a defeat for the president.”

While he acknowledged that due to delays in proceedings, “ultimately this might not affect the election,” but he added, “it certainly will affect the president’s peace of mind” because he knows that eventually the case will move forward whether it’s before or after the election.

“I would think this would be resolved before November,” Napolitano posited, noting that Trump’s accountants “say they have it and they are ready to turn it over.”

Contributor Chris Stirewalt agreed, saying, “The truth here is this is a big defeat for Trump,” noting that the court “rejected the entire premise” of the president’s defense in the case.

Fox News was ready to declare “victory” for Trump after the Supreme Court ruled by a 7-2 margin that he must turn over his tax returns to the Manhattan District Attorney. But then Judge Andrew Napolitano stepped in to say not so fast.https://t.co/FwSs8A7Rdg