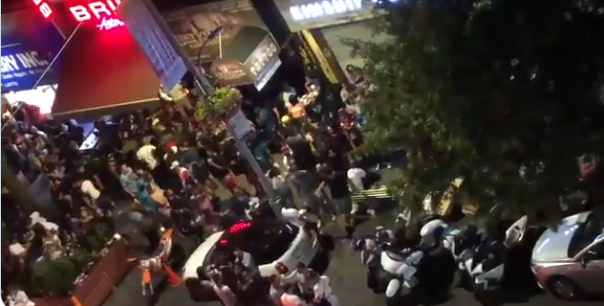 On a call with reporters on Tuesday afternoon, Governor Andrew Cuomo announced that four establishments in the New York City region have had their liquor licenses suspended so far due to violations of the state’s COVID-19 guidelines. That includes a lounge in Astoria where large crowds have been seen gathering outside, as well as a strip club.

The four bars in question are: Brik Bar and M.I.A. (Made In Astoria), both in Astoria; Maspeth Pizza in Maspeth, Queens; and Secrets Gentlemen’s Club in Deer Park. “This is now a significant problem, and local governments have not been doing the enforcement,” he said. “I have been asking them for weeks to step up and do their job.”

Last week Cuomo ended walk-up bar service. Only seated patrons being served food outside may be served alcohol. The change has led some bars to offer dollar menus featuring chips or a single cookie.

But the owner, Sterne said, was apparently unaware that he had already been caught on video buying drinks for the undercover agents and boasting about circumventing the state’s guidelines and Cuomo’s executive orders.