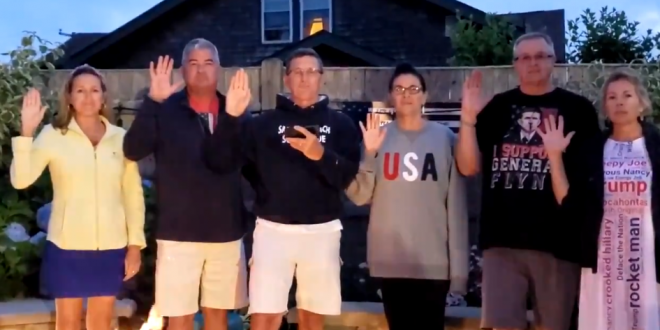 During the evening of July 4, retired Lt. Gen. Michael Flynn shared a video of himself leading five other people in a recitation of the oath of office traditionally given to federal elected officeholders, ending the oath with a slogan associated with the QAnon conspiracy theory.

Sidney Powell, a former federal prosecutor who took over Flynn’s defense last year, denied that her client’s video had anything to do with QAnon.

“The slogan comes from an engraved bell on JFK’S sailboat — acknowledging the unity of mankind. The oath is obvious — the federal oath in support of our Constitution. He wanted to encourage people to think about being a citizen. Don’t read anything else into it,” she told the Washington Examiner.