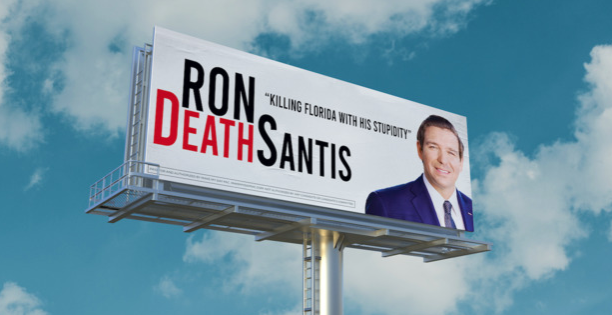 The Florida Department of Health also recorded another 9,230 positive test results, with a total number of cases for the state now reaching 441,977.

As the state’s COVID-19 cases skyrocket, Santa Rosa Beach attorney Daniel Uhlfelder is raising funds for a new “DeathSantis” billboard placed outside of the governor’s mansion.

The new billboard will show a picture of the governor, along with the words: Ron DeathSantis: “Killing Florida with his stupidity.”

But Gov. Ron DeSantis has not changed his tune on schools reopening, with in-person instruction. https://t.co/ztHqPhZe0j