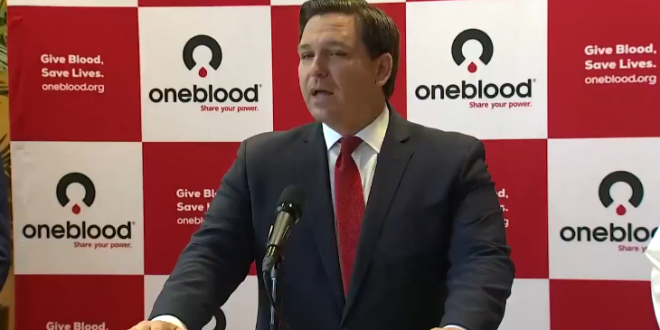 The Florida Department of Health on Saturday reported 12,199 new cases of COVID-19 as well as 126 new deaths. Saturday marks the second day in a row that the FDOH reported over 12,000 cases. On Friday, officials reported 12,444 new cases.

The state is now also releasing data about currently hospitalized coronavirus patients. The Florida Agency for Healthcare Administration dashboard, as of 10:26 a.m. Saturday, shows 8,987 people are currently receiving treatment at medical facilities across the state due to complications from COVID-19.

The total deaths reported in Florida has now reached 5,894. The state’s daily positivity rate, which represents the number of people who tested positive for the first time divided by all the people that tested that day and excludes those who have previously tested positive was at 13.31% on Friday.

When President Donald Trump canceled the Republican National Convention in Jacksonville, he wasn’t just putting the kibosh on his own celebration. Gone, too, is Gov. Ron DeSantis’ chance to step into the spotlight and introduce himself to a national audience.

As the host governor, DeSantis would’ve had a major role in putting on the convention, a duty that typically comes with a bunch of perks. Hobnobbing with influential Republicans from across the country. Introductions to deep-pocketed donors. And a prime time speaking slot to address millions of Americans watching at home.

Florida could fly in and put up thousands of delegates, fete Trump in style and keep attendees safe from a fast-spreading disease, DeSantis said in June. On top of that, the governor boldly predicted a $100 million economic windfall for Jacksonville.

Florida has reported more than 414,000 cases of the coronavirus as of Saturday, surpassing New York and becoming the US state with the second-highest number of COVID-19 cases reported since the pandemic began.