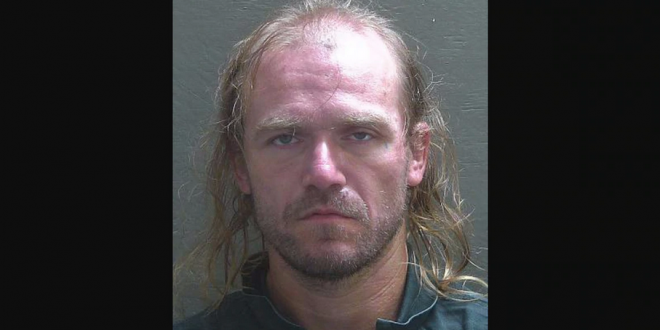 A Florida man accused of threatening an Escambia County Grocery Advantage employee with an ax because he was asked to wear a mask was arrested on Monday.

Michael Brad Evans, 42, was charged with aggravated assault with a deadly weapon Monday after employees and witnesses say the man caused a scene, yelled racial slurs and broke a large bottle of alcohol after being asked to wear a mask inside the store.

A victim, who works at the 4320 Lillian Highway grocery store, told Escambia County Sheriff’s Office (ECSO) deputies that Michael Bevans and the female he entered the store with Monday became “belligerent” when asked to wear a mask and both refused to do so.