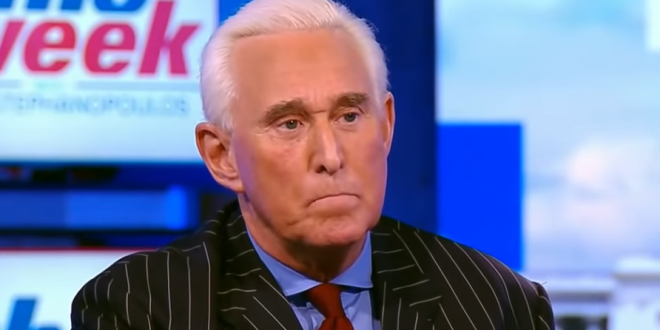 From an interview with Pat Roberton’s network:

In January of this year, in the middle of all his legal troubles, Stone attended an outdoor prayer service in Florida led by Franklin Graham. Stone tells CBN News he was desperate, struggling and stressed out. “At that moment, I felt the calling,” Stone says. “I stood up with 500 other people. I wasn’t the slightest bit embarrassed. I confess that I was a sinner. I repeated a pledge that he recited, and it was as if a cement block was lifted off my chest. I can’t even explain it.”

“I really do believe that those who are trying to undo this president, those who are trying to destroy me, trying to destroy Michael Flynn, who’s a very good man and great American patriot war hero, I do believe they’re satanic,” he said. Stone wasn’t done. “They cut corners and what’s outrageous is their arrogance, their moral superiority, when in fact, they have no morals at all,” he said. “I don’t believe that any of these people involved in my prosecution are really believers in God.”