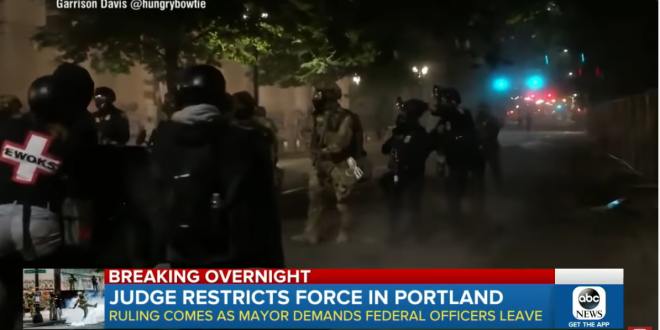 Federal police are now under a court order not to arrest or assault journalists and legal observers for doing their jobs, after a federal judge issued a temporary restraining order Thursday that the government said it would appeal.

“An open government has been a hallmark of our democracy since our nation’s founding,” U.S. District Judge Michael Simon wrote Thursday, citing precedent from the Ninth Circuit case Leigh v. Salazar.

Judge Simon on Friday granted the journalists’ motion to add the federal agencies as defendants in the case, and today he granted their motion for a temporary restraining order similar to the one the city was under before the preliminary injunction.

Assistant U.S. Attorney Andrew Warden says the situation at protests is too “volatile and dangerous” for federal police to differentiate between journalists and protesters. Hit the link for much more.