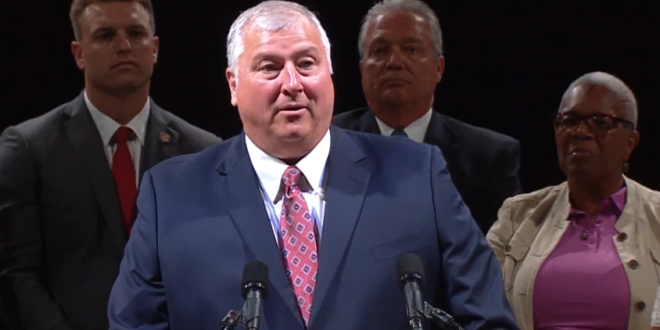 Police activity is being reported at Ohio House Speaker Larry Householder’s farm in Perry County and the U.S. Attorney’s office said it is holding a 2:30 p.m. press conference today related to $60 million in bribes paid to a state official and associates.

FBI Special Agent in Charge Chris Hoffman and U.S. Attorney for the Southern District of Ohio David DeVillers are expected to brief the press on a federal racketeering case, a news advisory says.

Householder, a farmer and businessman in Glenford, has led the GOP-controlled Ohio House since January 2019. He previously held the speaker’s gavel 2001 to 2004 but left due to term limits. He returned to the House in January 2017 and mounted a campaign to become the first lawmaker to recapture the speakership in nearly six decades.

It’s not the first time the FBI has looked into Householder’s activities. In 2004, during Householder’s first stint as speaker, the FBI opened an investigation into Householder after receiving an anonymous tip that the speaker and aides received kickbacks from vendors doing business with the Ohio House GOP’s campaign arm. That investigation closed in 2006 without any charges being filed.