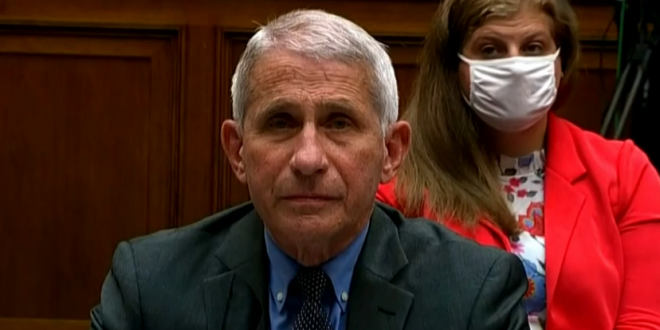 Anthony S. Fauci, the nation’s top infectious-disease official, is advising that some states seriously consider “shutting down” again if they are facing major resurgences of the virus — a warning that conflicts with President Trump’s push to reopen the country as quickly as possible.

“I think any state that is having a serious problem, that state should seriously look at shutting down,” Fauci said Wednesday. “It’s not for me to say, because each state is different.”

Fauci added Thursday that he hopes there’s not a need for new shutdowns, saying it “would not be viewed very, very favorably,” and urged states to pause their reopening process to slow the spread of the virus so that renewed shutdowns are not necessary.