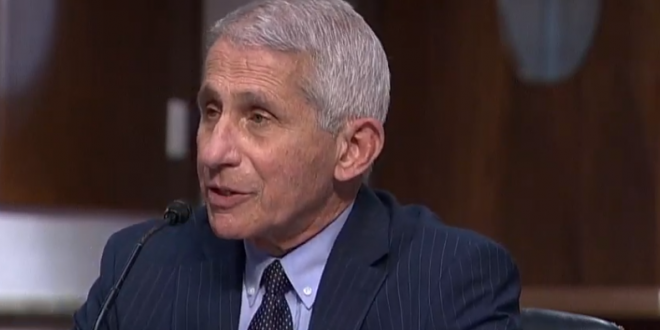 Fauci Gets Security After “Serious Threats” To Family

Dr. Anthony Fauci, the top US infectious-disease expert, who serves on the White House coronavirus task force, says he and his family have been assigned personal security after receiving “serious threats.”

Speaking on CNN’s “The Axe Files” podcast, Fauci said the threats were of a different magnitude from those he received while working on the federal government’s response to the HIV/AIDS pandemic in the 1980s and 1990s.

“I’ve seen a side of society that I guess is understandable, but it’s a little bit disturbing,” he said. “Back in the days of HIV when I was being criticized with some hate mail, it was, you know, people calling me a gay-lover and ‘What the hell are you wasting a lot of time on that?'”

“As much as people inappropriately, I think, make me somewhat of a hero — and I’m not a hero, I’m just doing my job — there are people who get really angry at thinking I’m interfering with their life because I’m pushing a public-health agenda,” he continued.

He said he received “not only hate mail but also serious threats.” He continued: “It’s not good. I don’t see how society does that. It’s tough. Serious threats against me, against my family … my daughters, my wife — I mean, really? Is this the United States of America?”

Fauci says he has been assigned personal security after receiving ‘serious threats’ to his family https://t.co/cPuVs9fibQ pic.twitter.com/rUlqRmGTFk