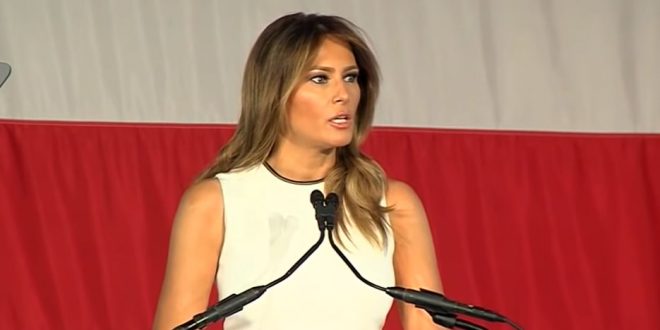 Following months of legal drama, threats, and public controversy surrounding multiple books published by former Trumpworld insiders, yet another blockbuster Trump book is set to hit shelves this summer and contain “explosive” revelations about first lady Melania Trump, written by her once close adviser and friend of 15 years.

According to people familiar with the project, Stephanie Winston Wolkoff—who was previously seen by the first lady as a loyal confidante who helped plan President Donald Trump’s 2017 inauguration in Washington, D.C.—will release a tell-all, Melania and Me, on Sept. 1.

“In her memoir, Wolkoff chronicles her journey from their friendship that started in New York to her role as the First Lady’s trusted advisor to her abrupt and very public departure, to life after Washington, being an advocate for children’s and women’s causes,” the description reads.

Wolkoff garnered the spotlight in the past few years, as her intimate knowledge of how the inaugural committee raised and spent money caught the eyes of investigators and congressional committees who began looking into how it allocated funds. She left her position in the East Wing in 2018.