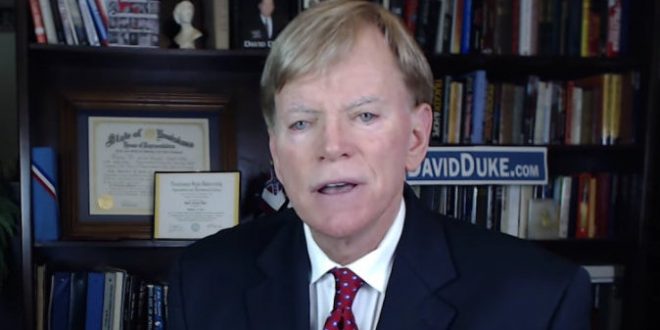 The company said Friday that Duke’s account “has been permanently suspended for repeated violations of the Twitter Rules on hateful conduct.”

It didn’t specify what exactly Duke posted that triggered the ban, but its policy on hateful conduct prohibits promoting violence or threatening attacks against people based on religious affiliation, race and ethnic origin.

Last month Duke, Richard Spencer, and many Nazis were also banned from YouTube.

Previous Federalist Society: Impeach Trump For Delay Tweet
Next ICE Head Out After Clashing With WH Over COVID