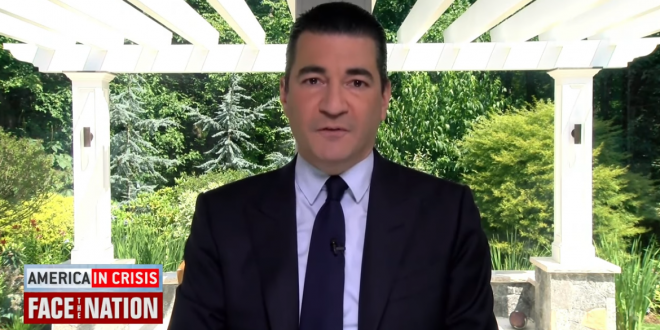 CBS’s Face The Nation host Margaret Brennan asked former FDA Commissioner Scott Gottlieb where the U.S. is heading right now and he answered, “We’re right back where we were at the peak of the epidemic during the New York outbreak.”

“The difference now is that we really had one epicenter of spread when New York was going through its hardship, now we really have four major epicenters of spread: Los Angeles, cities in Texas, cities in Florida, and Arizona.”

“That doesn’t mean the case fatality rate, the actual death rate isn’t declining. But when you have more infections, even if the death rate’s declining, you’re going to get more deaths, tragically.”

“I’m not really sure what he was referring to,” @ScottGottliebMD says of @realDonaldTrump’s claim that 99% of #Covid19 cases are “harmless”