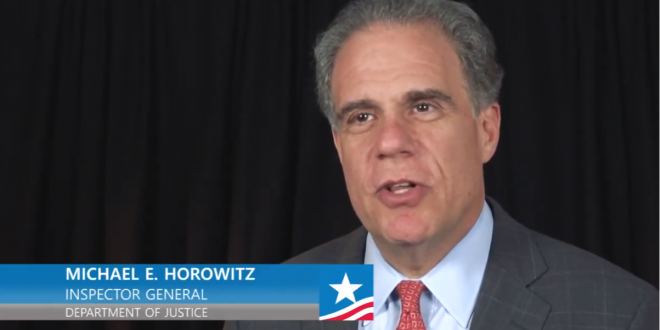 DOJ To Probe Use Of Federal Force In DC And Portland

Department of Justice (DOJ) Inspector General Michael E. Horowitz announced today that: In response to Congressional requests, complaints received by the OIG, and a referral from the U.S. Attorney in Oregon, the DOJ Office of the Inspector General (OIG) has opened an investigation into use of force allegations involving DOJ law enforcement personnel in Portland, Oregon in July 2020.  The DOJ OIG will coordinate our investigation with the Department of Homeland Security OIG.

In addition, in response to requests from Members of Congress and members of the public, the DOJ OIG is initiating a review to examine the DOJ’s and its law enforcement components’ roles and responsibilities in responding to protest activity and civil unrest in Washington, DC, and in Portland, Oregon over the prior two months.

The review will include examining the training and instruction that was provided to the DOJ law enforcement personnel; compliance with applicable identification requirements, rules of engagement, and legal authorities; and adherence to DOJ policies regarding the use of less-lethal munitions, chemical agents, and other uses of force.

With regard to events in Lafayette Square on June 1, 2020, the DOJ OIG will coordinate our review with the Department of Interior OIG, which recently announced its review of those events. If circumstances warrant, the OIG will consider including other issues that may arise during the course of the review.

Breaking:DOJ IG Horowitz launches probe into “use of force” by federal agents in Portland & clearing of protestors at Lafayette Square, including use of chemical agents. “If circumstances warrant,OIG will consider including other issues that may arise during course of review.”

BREAKING: DOJ Inspector General Horowitz has informed us that his office will initiate a review to examine DOJ’s use of force against peaceful protestors in Portland and the District of Columbia. pic.twitter.com/1SVyjCrqD4