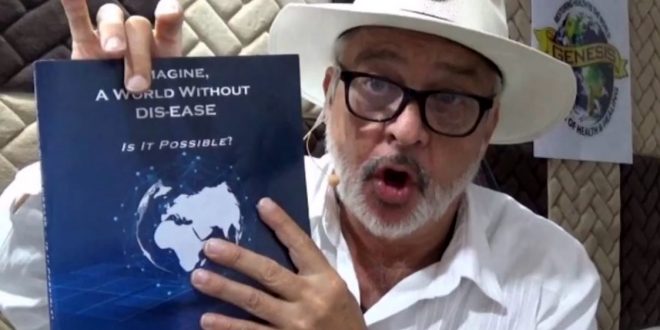 A Florida man who had sent a letter to President Trump peddling toxic bleach as a fake coronavirus cure has been arrested by the commander-in-chief’s own Justice Department, an ironic turn of events that comes two months after the nation’s leader suggested the ludicrous method as a possible COVID-19 treatment.

Mark Grenon, the self-described archbishop of a fraudulent “non-religious church,” marketed the potentially lethal “Miracle Mineral Solution” as a groundbreaking coronavirus cure and directed his customers to ingest it by mouth, authorities said Wednesday.

Grenon, 62, and his three adult sons — Jonathan, 34, Jordan, 26, and Joseph, 32 — were charged with criminal contempt, conspiracy to defraud the United States and conspiracy to violate the Federal Food, Drug and Cosmetic Act.