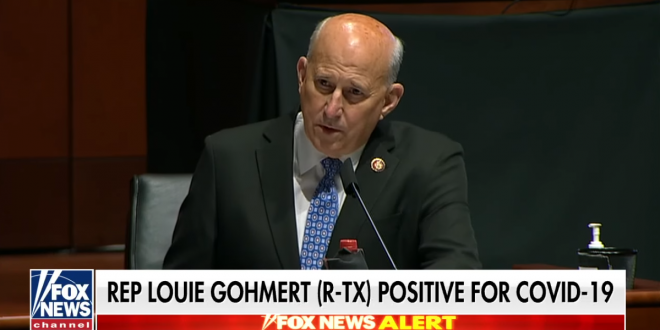 Congressman Gohmert’s behavior is not only irresponsible, it’s dangerous and reckless. He berated his staff for wearing masks and not wanting to be equally reckless. He tested positive the day after he sat in a committee hearing without wearing a mask, endangering others.

Even worse, after he knew he had the virus, he called his staff and interns into the office to inform them, went to the member’s gym, and then proceeded to sleep in his office-his makeshift home in DC, before informing the public that he tested positive.

Which begs the question, where is he going to quarantine? In the same office and building with members, staffers, and congressional employees and U.S. Capitol Police? It’s beyond comprehension that anyone would act in this way, let alone a member of Congress.

According to @RepSpeier, Gohmert knew he had the virus and continued to put others in danger by going to the member’s gym and even sleeping in his Washington D.C. office. https://t.co/jlcmS5QbIx