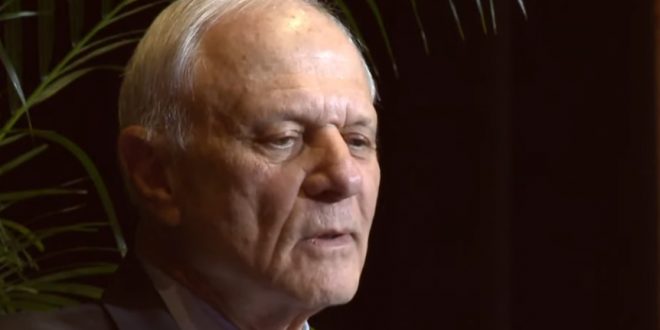 David Pryor, a former Arkansas governor and U.S. senator, is hospitalized in Little Rock after testing positive for COVID-19, his family said in a statement Monday. David Pryor and his wife, Barbara Pryor, both received positive test results Friday for the disease caused by the coronavirus, according to the statement.

David Pryor, who is 85 and a stroke and heart attack survivor, was admitted Saturday to the University of Arkansas for Medical Sciences.

David Pryor, a Democrat, served as Arkansas governor from 1975 to 1979 and went on to serve three terms in the U.S. Senate. His son, Mark Pryor, served two terms in the Senate before losing his re-election bid in 2014.

Previous Perkins: Facebook Caved To Totalitarian Activists Who Don’t Want People To Know That Being Gay Is A Choice
Next Trump: “When You Test, You Create Cases” [VIDEO]