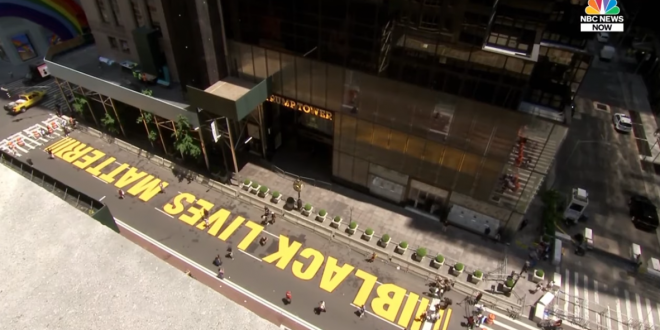 New York City Mayor Bill de Blasio grabbed a roller Thursday to paint “Black Lives Matter” in front of the namesake Manhattan tower of President Donald Trump, who tweeted last week that the street message would be “a symbol of hate.”

De Blasio was flanked by his wife, Chirlane McCray, and the Rev. Al Sharpton as he helped paint the racial justice rallying cry in giant yellow letters on Fifth Avenue in front of Trump Tower. Activists watching chanted, “Whose streets? Our streets!”

I love that they faced the lettering so it can be read by people inside the building.