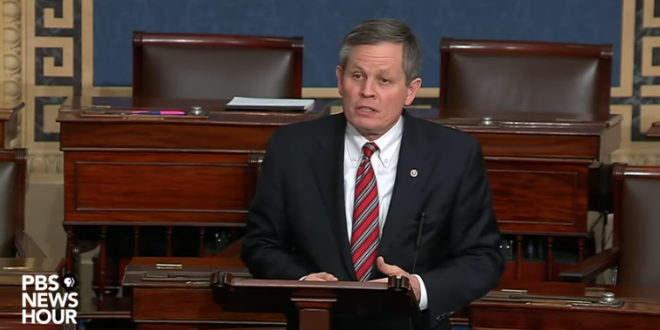 Republican senators came out swinging today against a bill passed in the House last week that would make the District of Columbia the 51st state.  Sen. Lindsey Graham, R-SC, was joined by Sens. Tom Cotton, R-Ark., and Steve Daines, R-Mont., who noted a Gallup poll that found a majority of Americans believed Washington should not be a state.

Daines suggested outside the Washington area — “where the real people are,” he said — they don’t believe it should be granted statehood. Daines’ comments were criticized by Democrats and Washington officials who took them as an implication that residents of the majority-minority city, many of whom work in the private sector, were not “real people.”

So let me get this straight… Sen. Daines just said “real people” don’t support, uh… the principles undergirding the American Revolution? No taxation without representation? What sort of traitors to our core values do Sens. Daines, Graham and Cotton think most Americans *are*? https://t.co/DrveHknTni