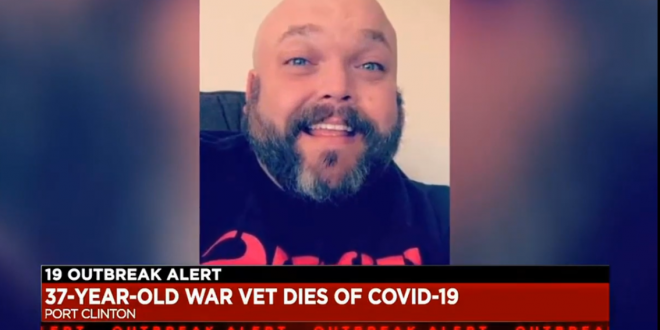 U.S. Army veteran Richard Rose survived two tours of duty in Iraq and Afghanistan during his nine years in the military. The 37-year-old was tragically felled by coronavirus on the Fourth of July. Rose, who refused to wear a mask because he thought the virus was over-hyped, died just three days after being diagnosed with COVID-19 on July 1.

“We were blown away, you know?” his friend Nick Conley told WOIO. “You hear about this virus and you don’t expect it to affect people, younger people like ourselves.” Back in April, Rose had come out definitively against masks.

“Let’s make this clear,” he wrote on Facebook. “I’m not buying a mask. I’ve made it this far by not buying into that damn hype.” Rose’s family told WOIO that he had no known underlying conditions.

Rose’s death has attracted attention online due to his public Facebook posts, in which he voiced support for President Donald Trump, criticized Black Lives Matter protesters, made jokes about rape, and accused Democrats of spreading false information in order to “rig the elections in their favor.”

A tweet compiling a slideshow of Rose’s posts, asking people to “watch how this unfolds,” has garnered over 3.6 million views.

On May 12, he wrote that he was “sick” of seeing “s— about COVID” and on May 18, he posted an Islamaphobic meme that compared a niqab to a medical mask. Throughout June, Rose “checked in” on Facebook at bars and restaurants in Ohio.