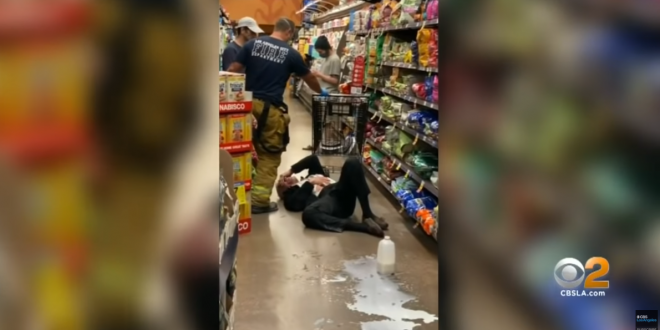 That’s when he started allegedly started ramming a woman with a shopping cart. A worker then used pepper spray to incapacitate the man and called the police.

The witness said the man continued screaming at the woman while he pushed his cart into her. Cellphone footage taken immediately after the incident shows the man on the ground surrounded by milk, which helps relieve eye pain caused by pepper spray.