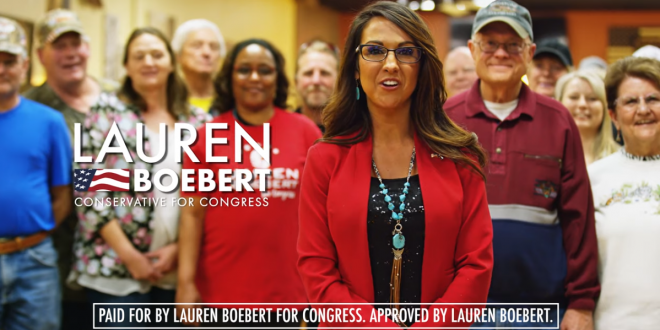 A staunch Second Amendment advocate, Boebert owns a local restaurant, Shooters Grill, made famous for encouraging its staff to open carry. She recently defied public health orders to reopen the restaurant during the coronavirus pandemic.

Congressman @ScottRTipton is a great supporter of the #MAGA Agenda! He fights for your #2A rights and the Border Wall. Scott is working hard for Colorado and has my Complete and Total Endorsement!

You endorsed her opponent. Did Roger tell you to tweet this?

Boebert is a Trump acolyte, a conspiracy theorist, and a gun extremist who encourages employees to open carry at her restaurant, Shooters Grill.

Found a restaurant in Rifle, CO called Shooters Grill and all the waitresses carry guns on their hips pic.twitter.com/T56XdH459P