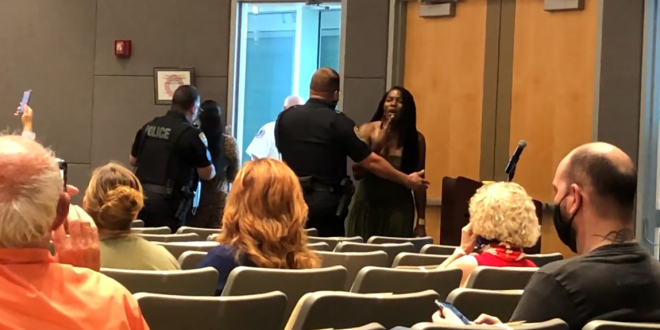 Christians Arrested For Crashing City Council Meeting: “That Mask Won’t Protect You But Jesus Will” [VIDEO]

All three of the suspects tried to get into City Hall through a restricted stairway, police said. “Officers tried multiple times to have the three enter properly through security, which was met with continued defiance,” CCPD said in a release Monday night.

The Friendly Atheist has a quote from one of them:

“The reality is the Bible tells us that we are called to go and minister the gospel throughout the earth. This is a Christian nation, it’s a Christian country, and our Christian values in America. That’s why our founding fathers gave us a first amendment right, which God gave us first and foremost. They just made to sure to put it in black and white for the constitution for freedom of speech. So our job as Christians is to go and minister the gospel. The reality is this. That mask won’t protect you but Jesus will protect you.”

Previous Amazon Asks Employees To Delete TikTok From Phones
Next Trump Rants: Biden Plagiarized His Economic Plan From Me And It’s A “Plan That Is Very Radical Left” [VIDEO]