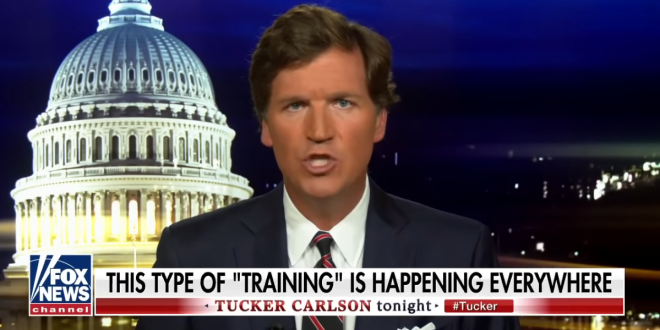 “No one will ask your permission before they do it, they’ll just attack your children for how they were born. The people doing the attacking, by the way, would tell you with a straight face how opposed they are to gay conversion therapy because, of course, it’s immoral to try to change people’s intrinsic quality.

“They wouldn’t see the irony in that. More likely, they don’t care about irony. This isn’t about principles. It’s about hate, humiliation, and power. It’s about hurting people, it always is.

“Attacking people on the basis of their race is a sin. There is nothing worse for a country. They can try to disguise it with Orwellian terms like antiracism, but this is the purest kind of race hate. It will destroy America faster than anything else.

“Don’t put up with it. Resist, speak out, fight back. This is totally wrong. Until you stand up, it will continue.” – Tucker Carlson, last night.