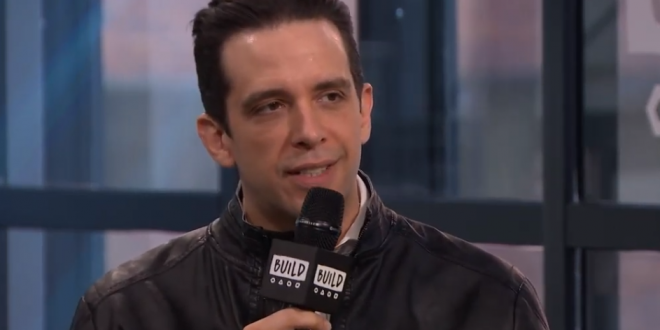 Broadway actor Nick Cordero, who had been hospitalized for three months and had his leg amputated after contracting the coronavirus, has died, his wife, Amanda Kloots, said Sunday. He was 41. “My darling husband passed away this morning,” Kloots said in an Instagram post.

Cordero starred in the musical adaptation of the Woody Allen film “Bullets Over Broadway” in 2014, for which he earned a Tony nomination. He had also appeared previously on Broadway in “Rock of Ages,” “Waitress” and “A Bronx Tale: The Musical.”

For weeks, he was kept alive with extensive treatment, including the use of a ventilator, dialysis and a specialized heart-lung bypass machine; he endured brief heart stoppage, minor heart attacks and sepsis, Ms. Kloots said, as well as the leg amputation and a tracheotomy.

As he remained unresponsive, she began daily playing a song that he had written, “Live Your Life,” and encouraging others to do so as well.

Many people joined in online, sharing videos of themselves singing and dancing as they tried to encourage his recovery with the hashtag #WakeUpNick. Alumni of musicals including “Waitress,” “Good Vibrations” and “Rock of Ages” recorded online performances for him, as did a group of musicians led by Constantine Maroulis and Steven Van Zandt.