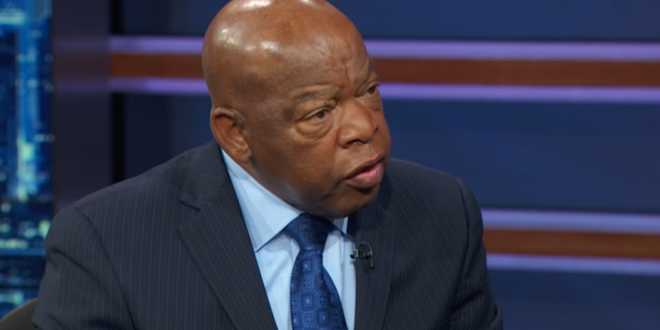 Civil rights icon and U.S. Rep. John Lewis, who has been receiving hospice care, passed away at the age of 80 at his home in Atlanta on Friday. Lewis, a Democrat, played a key role in the civil rights movement and marched with the Rev. Martin Luther King Jr. in 1965 in Selma, Alabama. He was the youngest and last survivor of the Big Six civil rights activists, led by King Jr., who engineered one of the greatest moral protests in history.

Lewis was best known for leading some 600 protesters in the 1965 Bloody Sunday march across the Edmund Pettus Bridge in Selma. At the head of the march, Lewis was knocked to the ground and beaten by Alabama state troopers. His skull was fractured. Televised images forced the country’s attention to racial oppression in the South. A Democrat from Atlanta, he won his U.S. House seat in 1986.

John Lewis was a giant among men. A Civil Rights Icon, an indefatigable champion for justice, and a hell raiser known for making ‘good trouble.’

In mourning his passing, let us aspire to build the nation that Congressman Lewis believed it could be.

May he Rest In Peace. pic.twitter.com/sDJ169T9bE

I simply have no words to express the magnitude of this loss. This is just too much. Rest in peace and power #JohnLewis. pic.twitter.com/Jrp0JX005w

Do not get lost in a sea of despair. Be hopeful, be optimistic. Our struggle is not the struggle of a day, a week, a month, or a year, it is the struggle of a lifetime. Never, ever be afraid to make some noise and get in good trouble, necessary trouble. #goodtrouble

The vote is the most powerful nonviolent tool we have. – The Honorable #JohnLewis pic.twitter.com/uGDR3HDl7f