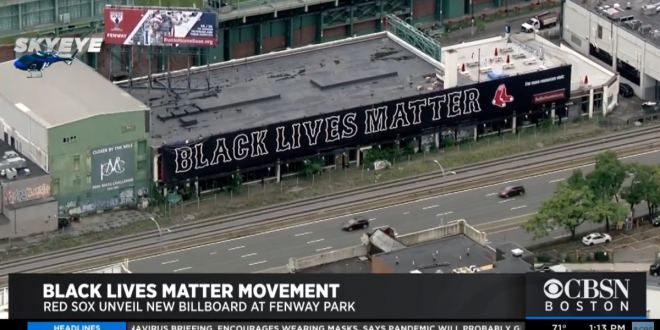 Earlier this year, the Red Sox showed their support for the movement by spelling out Black Lives Matter on the scoreboard on the Green Monster at Fenway Park.

“Our anger and grief must translate to action,” the team wrote on its official Twitter account. “We have a responsibility to use our platform to amplify messages of truth and justice.”