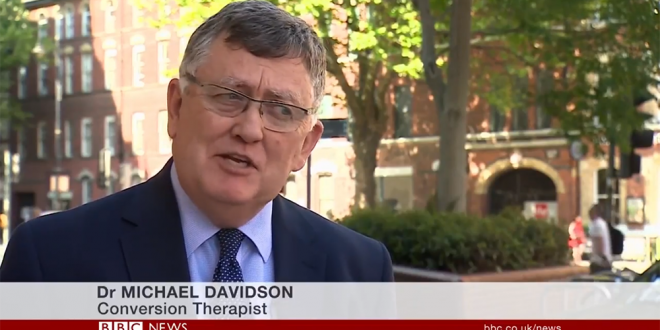 It follows criticism from LGBT activists, who say the bank – the lead sponsor of Pride in London for several years – was hypocritical. They argued supporting LGBT people with one hand while giving services to a charity that offers LGBT conversion therapy, is wrong.

The widely discredited practice sees vulnerable people subjected to shock treatments and other cruel tortures, among other emotional, counseling, and physical techniques.

From the Premier Christian News report:

Mike Davidson, the founder of the Core Issues Trust, told Premier that the cancellation of their accounts “appears to be in response to social media demands”. He noted: “It is possible to track a Twitter conversation between several LGBT activists and others who are demanding that Barclays close our accounts. So this is not speculation.”

Earlier this week, Prime Minister Boris Johnson said conversion therapy was “absolutely abhorrent” and “has no place in this country”. Mr Johnson said a blanket ban on the practice will be brought forward following the Government’s completion of a “study” on the issue.

In the clip below, Davidson complains about “mandatory homosexuality,” parroting the recent “must stay gay” complaints by US-based anti-LGBT hate groups.