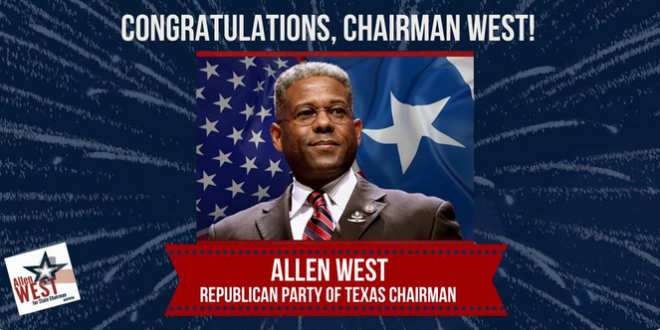 West claimed victory shortly before 3:30 a.m. Monday, while Dickey conceded about an hour later. The developments came during an early-morning round of voting among state Senate district caucuses at the party’s virtual convention.

“I wish Lt. Col. West the very best in this role,” Dickey, who had been running for a second full term, wrote on Facebook. “Thank you for the honor of serving as your Chair. Let’s win in November.”

Allen West — who once said “there’s about 78 to 81 members of the Democrat Party [in Congress] that are members of the Communist Party” — is the new chairman of the Texas GOPhttps://t.co/d8yUFN5Pq4

Some highlights from @ehananoki on Allen West, who was elected head of the Texas GOP last night. https://t.co/IEd9Di66uS pic.twitter.com/2JIt0TlG8W