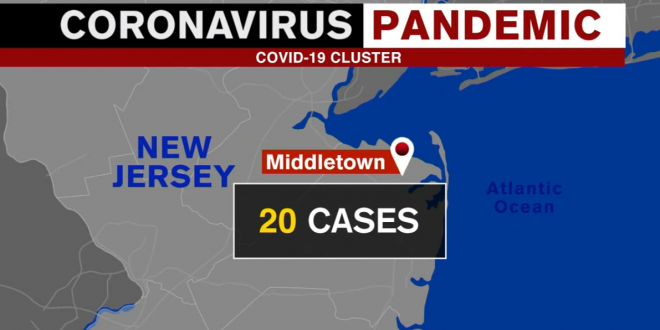 Health officials in New Jersey are investigating a cluster of coronavirus cases connected to a house party. Roughly 20 teenagers tested positive for COVID-19 after the Middletown event that took place on July 11.

The Middletown Township Department of Health and Social Services says that the confirmed cases are all among teens between the ages of 15 to 19 years old.

The department is attempting to conduct contact tracing to track the cases but says they are running into resistance, with many refusing to answer their questions. “It is imperative that everyone cooperate in this potentially serious matter as we continue to fight this virus,”

Some of those teens, according to Gov. Phil Murphy, are not cooperating with contact tracers and that, he says, is a problem. He believes they’re choosing not to share information to help contact tracers out of fear they’ll be punished for illegal drinking.

A few weeks ago in New York, officials in Rockland County issued subpoenas that were punishable with up to $2,000 fines each day to people who refused to give out key information after a party that led to an outbreak.