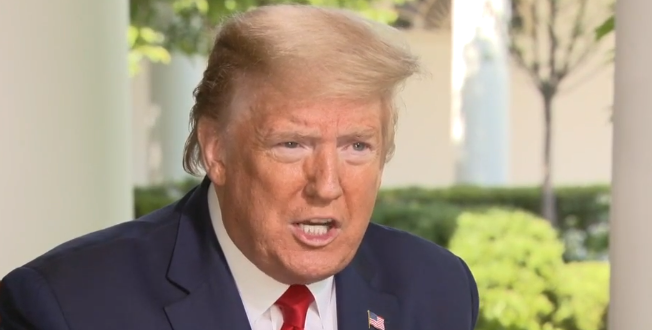 Lately he has all but given up even talking about the pandemic when he might offer realism and hope about the road ahead even as the country reopens. His default now is defensive self-congratulation.

The country also wants firm but empathetic leadership after the death of George Floyd, but Mr. Trump offers combative tweets that inflame. Not long ago Mr. Trump tweeted that a 75-year old man who was pushed by police in Buffalo might be an antifa activist. He offered no evidence.

Americans don’t like racial enmity and they want their President to reduce it. Mr. Trump has preached racial harmony on occasion, but he gives it all back with riffs that misjudge the national moment.

His “law and order” message might resonate if disorder and rioting continue through the summer, but only if Mr. Trump is also talking about racial reconciliation and opportunity for all.

Mr. Trump has little time to recover. The President’s advisers say that he trailed Hillary Clinton by this much at this point in 2016, that they haven’t had a chance to define Mr. Biden, and that as the election nears voters will understand the binary choice. Perhaps. But in 2016 Mrs. Clinton was as unpopular as Mr. Trump, while Mr. Biden is not.