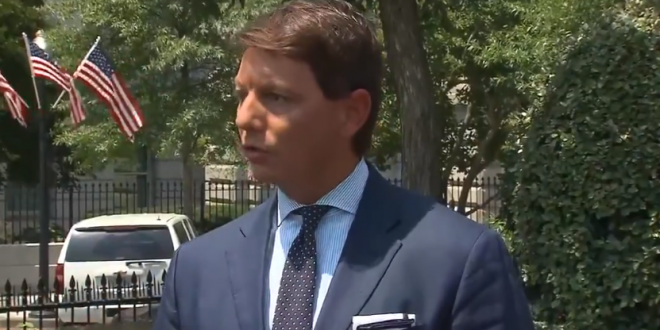 WH Spox Attacks “Appalling” James Mattis, Says “All Options Are On The Table” For Dealing With Protesters

“For Jim Mattis to have his head in the sand is, quite frankly, appalling,” White House spokesman Hogan Gidley said in an interview with Fox News’ Ed Henry.

“This president is trying to unite a country. He has. He’s talked about the death of George Floyd and how sobering and sad he was when he saw the video, how angry it made him. He stood up in the Rose Garden and said, ‘I stand with the protesters, who have the right to peacefully assemble, but I’m not going to allow lawlessness in the country.’”

Henry pushed back, asking Gidley whether the criticism of Mattis made the White House look divisive. “Rather than inviting him in, you are attacking this retired general. Isn’t that making the point that you are not uniting people? … Calling him the most overrated general when he’s the former Defense secretary for this president, that’s uniting people?”

“All options are on the table” for use of the military to deal with nationwide unrest, @hogangidley45 tells reporters.