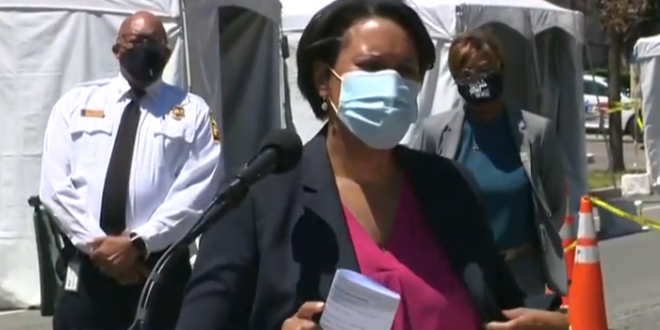 District of Columbia Mayor Muriel Bowser announced that she is putting the nation’s capital under an earlier curfew Monday night, moving the start time to 7 p.m. ET from 11 p.m. ET as it had been on Sunday.

“Tonight, I’m ordering another curfew in Washington, D.C. We want your voices to be heard, but we also want to protect the safety of everyone in our city,” Bowser said at a morning press conference. The curfew will last until Tuesday morning but a specific time that it will be lifted was not provided.

Bowser’s announcement of the earlier curfew Monday and Tuesday comes hours after a chaotic night of violent protests in downtown D.C., in which people started fires, looted businesses across the city, and vandalized numerous buildings.