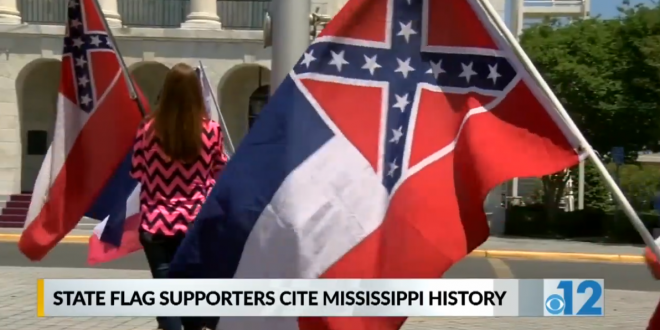 Hatfield said stores displaying state flags “is a common practice nationwide.” However, the Mississippi state flag features a Confederate emblem and has faced increased scrutiny amid protests against racial justice throughout the country and calls to remove Confederate memorials.

“We believe it’s the right thing to do, and is consistent with Walmart’s position to not sell merchandise with the confederate flag from stores and online sites, as part of our commitment to provide a welcoming and inclusive experience for all of our customers in the communities we serve,” Hatfield said.

Walmart has removed the Mississippi state flag from display in its stores, saying the company believes it’s “the right thing to do” https://t.co/UKmaNQ1b27 pic.twitter.com/JcuN5SXW3Y

Previous No Masks At Arizona Rally Despite Organizers’ Claim
Next CHATTER AWAY: Overnight Open Thread