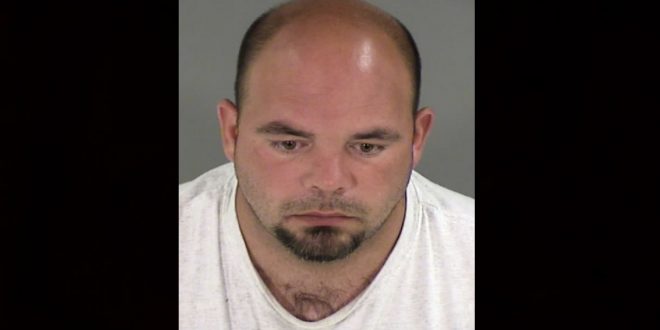 The Henrico Commonwealth’s Attorney said a hate crime investigation was underway against the self-proclaimed president of the Virginia KKK. Harry Rogers appeared in Henrico Court Monday morning where he agreed to receive a court-appointed attorney.

Rogers, 36, of Hanover, was formally charged with attempted malicious wounding (felony), destruction of property (felony), and assault and battery (misdemeanor) after police said he drove his pickup truck into a group of protesters Sunday in Lakeside.

The destruction of property charged stemmed from a bicycle damaged during the ordeal. A Henrico judge denied Rogers’ bond during Monday’s hearing. No one was seriously injured physically. The person who called police was checked by rescue at the scene and refused further treatment.

A 36-year old Hanover man named Harry Rogers was arrested after witnesses say he drove a truck into a crowd of protestors in Lakeside. Henrico Police have charged him with assault and battery. Here is video from a witness right after the incident.
MORE: https://t.co/BMOvN8jktb pic.twitter.com/Hq5sPK6ctQ

Virginia man charged with intentionally driving his car into a group of protesters this weekend is the head of the Virginia Ku Klux Klan. This is a headline from the year 2020. https://t.co/rLdLiZxoci pic.twitter.com/laQOerKE4k