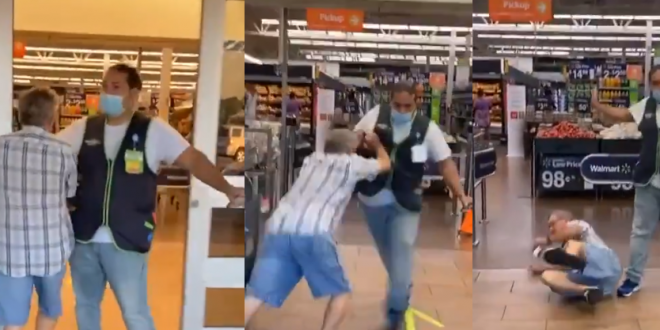 A defiant shopper fought his way into a Florida Walmart after he was denied entry for refusing to wear a face mask, a viral video shows.

The clip, which has been viewed 4 million times, shows the gray-haired man scuffling with an employee at the Orlando superstore Saturday — the same day face masks became mandatory in the county, WDBO-FM reported.

With his arms out, the worker tries to block the man from entering. “You gotta wear a mask, bro!” the man behind the camera says. The older man then shoves the Walmart worker, even falling to the ground at one point.