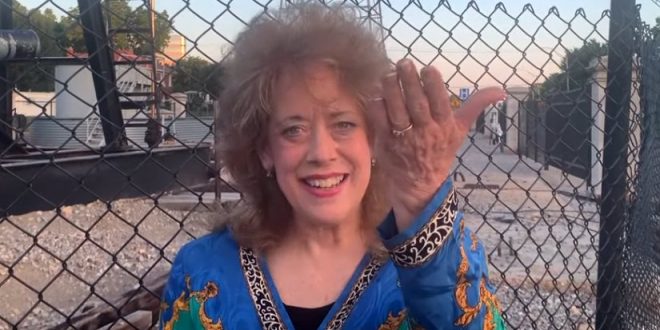 Shelli Landon is one of nine Republicans seeking the party’s nomination for Oklahoma Congressional District 5. Landon came to Oklahoma for college and never left. She graduated from Raymond Bible College, earned a PhD in education, and served as Master Artist at-Large. Shelli is a national anthem singer, and started, gathered signatures, and eventually got a resolution passed in the Senate to preserve the Star-Spangled Banner in perpetuity.

Whatever. Watch the ad. And check the spelling.

Previous Perkins: Democrats Want To Use LGBTQ Rights To Turn “What’s Left Of Freedom Into A Pile Of Smoldering Ash”
Next Trump Appears To Threaten To “Drop Bombs” On Bolton