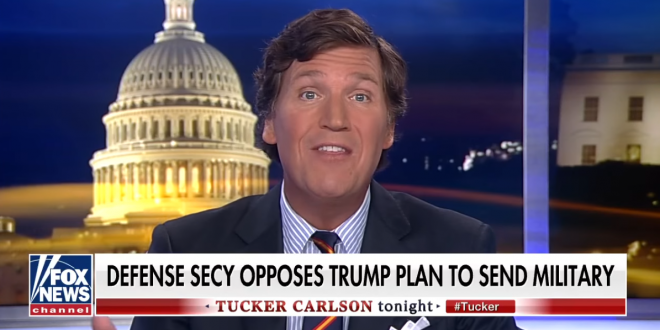 “Who is attacking us? Mr. Esper should know this. It’s antifa. Department of Justice, NYPD, others are saying this very clearly. These are people, by the way, that we faced back in 1960’s, 70’s, and early 80’s.

“These were people who were far leftists, Marx, Lenin, folks who embraced that ideology. They’ve allied with Black Panther movement and it took many years to finally put it down. Very dangerous.

“That’s something that Mr. Esper clearly doesn’t understand. What does that leave, Tucker? Let me tell you what it leaves. Vigilante justice.” – Fox News guest Bryan Wright, after which host Tucker Carlson said, “You are exactly right.”