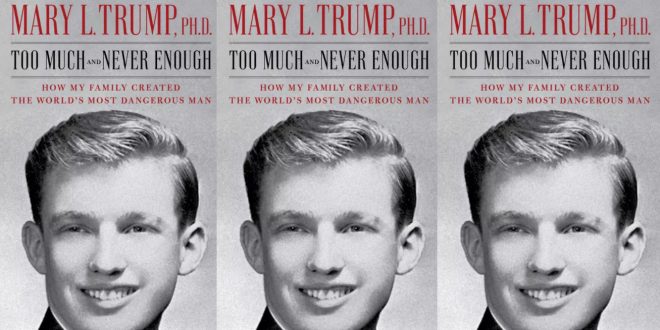 President Donald Trump’s brother sued his niece in Dutchess County Supreme Court Friday in his latest attempt to block publication of her upcoming book about the president and his family.

The suit, which was filed by Robert Trump’s attorney, Charles Harder, follows the speedy dismissal of a petition filed in Queens County Surrogate’s Court in connection with the estate of Robert Trump’s father, Fred Trump. A surrogate’s court judge ruled Thursday that the case would not affect the administration of Fred Trump’s estate “one iota.”

The new filing repeats many of the arguments from the first petition, including that Mary Trump signed a confidentiality provision in the 2001 settlement agreement associated with Fred Trump’s will.

Robert Trump, Donald’s younger brother, spent at least 10 days in an intensive care unit before being released this week and launching legal action to try and stop the publication of his niece’s explosive tell-all book, Too Much and Never Enough: How My Family Created the World’s Most Dangerous Man.

Robert, 72, had been at Mount Sinai hospital’s neurosciences intensive care unit (NSICU) in New York since at least June 11th, being treated for a serious condition. H

e was discharged on Sunday and, despite his stay in the hospital, he wasted no time in filing and signing complicated legal documents aided by his celebrity attorney Charles Harder and releasing a statement.