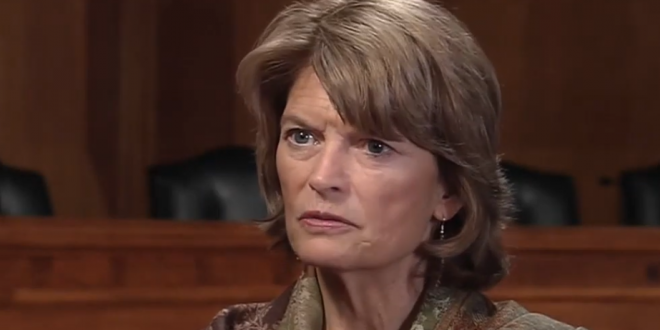 Alaska U.S. Sen. Lisa Murkowski told reporters on Thursday that criticism levied at President Donald Trump by his former defense secretary is “true, honest, necessary and overdue” and said she is “struggling” with her support of the president.

Murkowski’s comments represent an unusual rebuke for a Republican senator of the president’s actions in a time of national crisis, with widespread demonstrations and unrest spurred by the death of George Floyd while in the custody of Minneapolis police.

Trump swiftly clawed back, saying in a series of afternoon tweets hours after the Alaska Republican’s comments that he would campaign against her in her next election.

Few people know where they’ll be in two years from now, but I do, in the Great State of Alaska (which I love) campaigning against Senator Lisa Murkowski. She voted against HealthCare, Justice Kavanaugh, and much else…

…Unrelated, I gave Alaska ANWR, major highways, and more. Get any candidate ready, good or bad, I don’t care, I’m endorsing. If you have a pulse, I’m with you!